We need to be honest about the state of workers and the workplace in the United States of America: in many cases, the situation for millions of individuals and families is demoralizing, unhealthy, detrimental to the social fabric, and sometimes downright dangerous. We have seen in this series how US workers have virtually no job security and no nationally-mandated paid time off; how we are often relentlessly bullied; how our wages have stagnated for decades; how we cannot save money from those wages; and how we have depressing levels of personal debt.

In this very important election year, where do the workplace and work fit with politicians and their policy proposals? What can each of us do to improve this gloomy picture, whether for ourselves or for our loved ones and future generations? Let’s take a look at what might be possible with each challenge.

Job security. As I have argued consistently throughout this series, it is extremely important to realize that the US is one of the only modern Western countries that does not provide job security. We must ask ourselves why and press our legislators at the state and national levels to look creatively for workable ideas. We have seen how it was recognized, over 25 years ago, that at-will employment was outdated and detrimental to our nation. Let us think creatively and energetically about META, employment contracts similar to those in European countries, and the many advantages of providing job security to our workers.

Paid Time Off. All over the country, cities, towns and states are contemplating and even passing paid leave laws, mainly laws around sick leave. This is a positive trend. Check in your own backyard to see if such initiatives are being taken. If so, lend your support. If not, learn of a locality that has passed such laws, bring it to your representative’s attention, tell your friends about it, write an op-ed for your local newspaper, and follow any bill’s journey through the legislature – hopefully to passage. Let us look to Europe to see how their supervisory boards and works councils help create robust worker-friendly policies such as paid leave.

I think we can and must imagine an America where a worker will not have to go to work when ill for fear of losing wages, where workers can take a paid vacation, and where new parents do not have to sacrifice their salaries to be home with the precious addition to their family. Let us imagine an America that is truly “family friendly” in these ways.

Bullying. Just as we as a nation are slowly waking up to the dangers of bullying among children and youth, so are we beginning to wake up to (or admit) the problem of adults who bully in the workplace. Let’s remind ourselves of the harsh facts:

Now, here’s the good news and a way we can get on board to improve the situation: “Thirty-one legislatures, including 29 states, have now introduced some kind of [anti-bullying] legislation.” Support these efforts in your state, or encourage your representatives to sponsor an anti-bullying law. 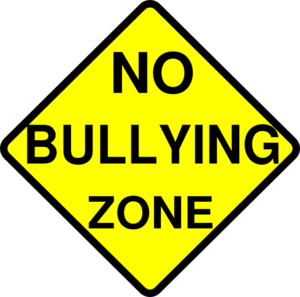 Overwork. While working hard can legitimately be viewed as a virtue, it has also become to some extent a badge of honor to work practically around the clock and be totally loyal to the “man.” Statistics reveal the depth to which this extreme level of work has negatively impacted American workers:

Initiatives are being launched at the national level to rein in excessive work and promote the dignity of work. If we choose to act on this issue rather than hem and haw, we can learn more about and support the Equal Employment for All Act of 2015 (Senate S.1981); President Obama’s initiative concerning overtime pay; and the Schedules That Work Act (Senate S.1772). And we can learn more about the ways that our peer nations enact legislation that creates a healthy balance between work, family and civic responsibility.

Wages, Savings and Debt. Despite some signs of improvement in the US economy, it is still important to note that wages of most Americans have stagnated not only since the Great Recession but for at least 40 years; stagnating wages mean higher debt and meager savings for millions of individuals and families. Compared to the opposite situation of many Europeans, this shows that something is wrong in the US at very basic levels. Leaving solutions up to individuals rather than taking initiatives at the national level is not viable. Citizens and our elected representatives need to look hard at how we do things and view things; we need to use our creativity and ingenuity to raise wages for those who are not in the top income tier, reduce debt and increase savings.

The American workplace needs fixing in many ways, and workplace problems are intimately linked with many of the social and economic challenges we face as a nation. If we use our intelligence, creativity, innovative spirit and good will, we can improve life for millions of fine, hard-working people. Let’s do it! 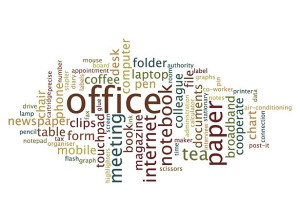