Danger and threats (perceived or real) are all around us – terrorists, violence, illegal immigrants, out-of-control cops, a volatile stock market, wild weather … It is understandable that we react to these threats with fear. As individuals and communities, we want and need to reduce these threats as much as possible. We are always seeking security and safety.

While we may think that the threats and dangers facing us now are worse than ever, we should remember that there have always been scary challenges. In earlier human history, it was plagues, dictators, natural disasters, and new weapons that terrified people. Some of these challenges have been conquered or tamed, at least in some parts of the world, while others seem to have become exacerbated. Whatever we humans face that threaten us, our natural reaction is fear. In this age of the Internet and instant technology, we seem to know about threats and tragedies instantly, which only heightens our fears.

It is important to look at threats, dangers and fear from at least two angles: the factual and solution side and the personal/psychological perspective. How real are the dangers (facts), what are the best actual solutions to them (reactions, policy), and how do our individual emotions influence or even cloud the way we perceive the facts and the policies?

In December 2015, National Public Radio aired a fascinating story about the influence of our emotions, especially fear and anger, on crafting public policy.  The story relied heavily on research by Jennifer Lerner at Harvard University’s Kennedy School and her colleagues.

Lerner told the NPR researcher, Shankar Vedantam, “Most of us believe our policy preferences are very well-formed beliefs that tie into our core, enduring values. What we find in our research, however, is that our policy preferences are very much shaped by the information that we are exposed to, especially information that is emotionally evocative.” In the NPR interview with Vedantam, Lerner went on, “The first thing to do is actually just to recognize that fear and anger change the way we see the world – to recognize these biases exist. The second thing is before you make policies, run your ideas by someone else. Having a sounding board provides you with guard rails.” Lerner further pointed out the importance of sleep. “Sleep deprivation seems to exacerbate the biases associated with fear and anger, and of course, when you think about it, policymakers dealing with a crisis are often going days on end without getting much sleep.”

Overview of the Enneagram

I would like to introduce another resource and important perspective that may not be well known to the American public. The Enneagram, an ancient system of personality traits that has been rediscovered over the past 30 years or so by psychologists and spiritual directors, can shed crucial light on what may in part be operating among some of us. Viewing our personalities from the Enneagram system can be extremely enlightening. 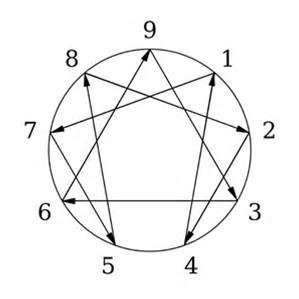 The Enneagram (from the Greek word for “nine”) lays out nine basic personality types, divided into three main Centers. (Note that no one type is better or worse than another; all types have positive aspects and negative extremes, but most of us fall fairly reliably into certain patterns, which are most easily recognized when we are stressed or challenged.) The nine types, as described by Riso and Hudson, are as follows:

Types Two, Three and Four are in the Feeling Center; types Five, Six and Seven are in the Thinking Center; and types Eight, Nine and One are in the Instinctive Center. According to the Enneagram Institute, “The inclusion of each type in its Center is not arbitrary. Each type results from a particular relationship with a cluster of issues that characterize that Center. Most simply, these issues revolve around a powerful, largely unconscious emotional response to the loss of contact with the core of the self. In the Instinctive Center, the emotion is Anger or Rage. In the Feeling Center, the emotion is Shame, and in the Thinking Center, it is Fear. Of course, all nine types contain all three of these emotions, but in each Center, the personalities of the types are particularly affected by that Center’s emotional theme.” Take the Riso-Hudson Enneagram Type Indicator to see which type is yours.

The Fear Factor: Policy-Making through the Enneagram Lens

Since fear is the overarching trait of three of the types – Fives, Sixes and Sevens – it becomes an interesting exercise to see how Americans who fall into these types might react to the perceived dangers and threats around them. (We can deal with Anger and Shame at another time.) Riso and Hudson describe these types as follows:

“Fives have fear about the outer world and about their capacity to cope with it. Thus, they cope with their fear by withdrawing from the world. Fives become secretive, isolated loners who use their minds to penetrate into the nature of the world. Fives hope that eventually, as they understand reality on their own terms, they will be able to rejoin the world and participate in it, but they never feel they know enough to participate with total confidence. Instead, they involve themselves with increasingly complex inner worlds.

“Sixes exhibit the most fear of all three types, largely experienced as anxiety, which causes them to be the most out of touch with their own sense of inner knowing and confidence. Unlike Fives, Sixes have trouble trusting their own minds, so they are constantly looking outside themselves for something to make them feel sure of themselves. They might turn to philosophies, beliefs, relationships, jobs, savings, authorities, or any combination of the above. But no matter how many security structures they create, Sixes still feel doubtful and anxious. They may even begin to doubt the very people and beliefs that they have turned to for reassurance. Sixes may also respond to their fear and anxiety by impulsively confronting it— defying their fear in the effort to be free of it.

“Sevens have fear about their inner world. There are feelings of pain, loss, deprivation, and general anxiety that Sevens would like to stay clear of as much as possible. To cope with these feelings, Sevens keep their minds occupied with exciting possibilities and options – as long as they have something stimulating to anticipate, Sevens feel that they can distract themselves from their fears. Sevens, in most cases, do not stop merely at thinking about these options, however. As much as possible they attempt to actually do as many of their options as they can. Thus, Sevens can be found staying on the go, pursuing one experience after another, and keeping themselves entertained and engaged with their many ideas and activities.”

Obviously people with other personality types also experience fear, but fear is not the primary emotion by which they react to stressors. It does seem that many of our politicians and leaders, especially during an election year, often pander mainly to fear, and the media pick up on both the fears and the policy proposals intended to diminish the dangers. Some of the recent solutions to our perceived national threats include the following proposals:

If, as the research cited above and the NPR story point out, it is dangerous and unadvisable for our strong personal emotions to determine national policy, it would behoove us to pause, step back and examine proposed national solutions as objectively as possible, with the Enneagram in mind.

The Enneagram is a powerful tool for personal insight and growth. It would behoove us all to recognize our basic types and examine our automatic reactions to danger and stress – fear, shame or anger. All of these emotions are proper and appropriate in some cases, but public policy must be made on the basis of rationality, practicality, compassion, community, sustainability, and wisdom.

The Enneagram: A Typology of Personality