Voting about the words and deeds of Jesus – ee gads! This is how many people respond when they hear about the Jesus Seminar. In this post, we will pick up on our two previous posts about translating and interpreting Biblical texts with a look at Westar Institute, home of the Jesus Seminar. (In the interests of full disclosure, I am a Fellow of Westar Institute, although I have not been too active in meetings over the years.)

Recent Trends in Translation and Scholarship

As we saw last time, the way a scholar translates a word, phrase or name in a Biblical text makes a difference not only intellectually and theologically but also sometimes in people’s lives. What would people’s lives have been like for centuries or millennia if Jesus’ mother was viewed as a normal, loving, human mother instead of an unattainable model of divine purity? What would people’s lives have been like if Junia and Mary Magdalene had been acknowledged as leaders of the early Christian movement rather than another male or whore, respectively?

These three examples highlight the influence of feminist scholarship and the women’s movement, but there have been other influences on Biblical translation over the past couple of generations as well. Until the past three decades, most Biblical translators and interpreters have been middle- to upper-class white males. Those were also the teachers of the next generation, and many of them were beholden to certain religious traditions – Roman Catholicism and the Pope, Protestant fundamentalism, Anglicanism, Greek and Russian Orthodoxy, etc. Many of those scholars and teachers were brilliant and steeped in the latest information, but they had a certain perspective (as all of us have), which influenced the results of their work. No one is totally objective. 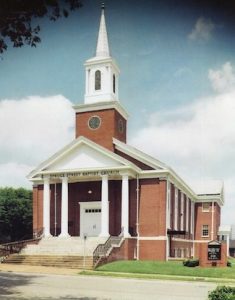 Over the past 30 years or so, there has been a sea change in the West as a whole and in the academy and religious scholarship in particular. White middle-class men can still be found studying Biblical texts, but they are not alone, and the entire field of Biblical scholarship has been influenced by several trends in addition to feminism:

The History of the Jesus Seminar and Westar Institute

Westar Institute, based originally in Santa Rosa, California, “began in 1985 when Robert W. Funk invited 30 New Testament scholars to join him in a new, collaborative inquiry about Jesus as a figure of history. The focus was on identifying evidence about what, in all probability, Jesus actually said and did without privileging any traditional religious claims about him. The invitation included a commitment to make the results of the inquiry available to the general public as a contribution to religious literacy.

“Bob Funk believed biblical scholars have an ethical responsibility to report their findings to the public, openly and clearly. And he argued that there is a large lay constituency eager to join scholars in that public discourse. The 25 years that followed proved him exactly right. Westar has had a profound effect on public awareness of religion scholarship and has helped inaugurate a new kind of academic discourse that is both collaborative and cumulative.” (History taken from the Westar website)

According to its mission statement, “Westar Institute is a membership-supported nonprofit research and educational organization dedicated to the advancement of religious literacy.” Through its seminars, books, magazines, audios and videotapes, it promotes religious literacy by providing scholarship and information about religion and the Bible. Some if its principles are:

Throughout its history, Westar scholars have challenged and shocked the religious community by voting on the authenticity of the words and acts of Jesus. The Fellows – who hold advanced degrees in New Testament and related fields – generally meet twice a year and vote on a number of statements related to that session’s topic, using beads. A red bead signifies “I strongly agree” or “likely authentic,”  pink “I agree” or “somewhat likely,” gray “I disagree” or “somewhat unlikely,” and black “I strongly disagree” or “unlikely.” Results are shared with the public – hence sensational publicity at times!

Westar has sponsored a number of other ground-breaking seminars: the Paul Seminar (exploring the “authenticity and integrity of the Pauline letters”), the Canon Seminar (“debating which early Christian works, canonical or non-canonical, should be included in a new New Testament”), and an Acts Seminar (which resulted in Acts and Christian Beginnings: The Acts Seminar Report, edited by Dennis E. Smith and Joseph B. Tyson, and published by Polebridge Press). Currently, Westar scholars are conducting seminars on the origins of the Christian tradition and God and the human future.

The first step of the Jesus Seminar when it was launched “was to inventory and classify all the words attributed to Jesus in the first three centuries of the common era.” Hence the Scholars Version – a “fresh translation of the gospels and other early Christian texts from the original languages. Unlike other major translations into English, the Scholars Version is being created free of ecclesiastical and religious control.”

Some of the findings and theories that have emerged from this work on Jesus include the following:

Not every scholar will agree with all of these theories, but these notions expand our knowledge, challenge our faith and force us to keep an open mind about received traditions. The hope, too, is that this kind of responsible scholarship will help serve the causes of social justice, equality and inclusiveness in our nation and around the world.