What a stunning election result!

I guess we will need to wait and see what a Donald Trump presidency will look like, especially if he is backed up by a Republican Congress, but as a person of faith and supporter of Hillary Clinton and other Democrats, I will attempt to remain positive, hopeful, and helpful.

Here are my initial thoughts just a few days after the election.

First, to those who voted for Donald Trump. If you voted for him because you and your family are hurting, especially for economic reasons, I have the utmost sympathy for, even empathy with, you. I firmly believe that the vast majority of people who voted for Trump are good people. (The so-called “deplorables” are those generally on the far right who espouse white supremacy, racism, bigotry, misogyny and the like; I hope most Americans can agree to strongly condemn their rhetoric and often violent actions.) These good people should not be demonized or ignored (and frankly I do not believe that Hillary Clinton or other progressives have done that – but more on that later). Let us assume, for argument’s sake, that most Trump voters are hard-working, ethical people trying valiantly to raise their families and live their lives. Thus, their concerns should be listened to and taken seriously – by progressives and, of course, by the new administration and Congress.

Second, to those who are mourning the presidential election results – much more for you. Many progressives and progressive organizations are already making statements and taking actions that we can note from a hopeful perspective.

In addition, I would like to point out, yet again, that there are successful practices, policies and philosophies in European and other advanced nations that we can look to, learn from and attempt to implement – if not at the federal level, then at the state level (which conservatives vastly prefer). In future blog posts, we will look more at some of these initiatives and ideas, and I would urge concerned Americans to pay attention to what is going on in your state legislatures and raise your voice on issues of concern.

Finally, and briefly to the point about Hillary Clinton’s concern for Americans who have struggled for years, if not decades, I would urge readers to examine the policies she had on her campaign website for months. It is unfortunate, in my opinion, that voters may not have considered these issues before the election and/or that the media oftentimes ignored them. I would hope that some, if not many, of her proposals and those of other progressives will be seriously considered in the months and years to come.

I personally have huge misgivings about a Donald Trump presidency and a Republican-controlled Congress (not to mention the specter of a right-leaning Supreme Court). I am a natural optimist, however, and believe that our nation is resilient, that most Americans are good, generous, decent people, and that it would be extremely difficult to dismantle many of our revered and progressive traditions in a short amount of time. This is definitely the time for all of us to become (or remain) committed, informed citizens and to hold all of our elected officials accountable – to us. 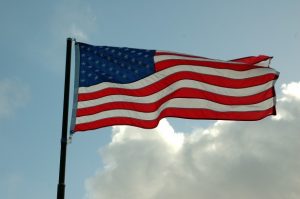