Most Sundays, and in many contexts around the world on weekdays as well, Christian worshipers read, sing or chant portions of a Psalm, an entire Psalm or even several Psalms during a service. The standard collection of Psalms, the Psalter, found in the Hebrew Scriptures (Old Testament) portion of the Bible, is “an anthology of religious verse” and “the hymn book of the Second Temple” of Jerusalem (ca. 538 Before the Common Era [BCE] to 70 Common Era [CE]) (Litton vii).

Here we will take a look at the Psalms from three perspectives: the history of the Psalms; the different genres that comprise them; and the ways in which the Psalms are used in Christian settings, including the Gregorian chant (Plainsong) tones to which the Psalms are often set in those contexts. Learning more about the Psalms can be instructive on their own but might also point to options for enriching our lives and enhancing our spiritual growth.

A Short History of the Psalms

The Psalms – which number 150 in most traditions (151 in others) – have a complex history. Written in Hebrew within the context of the Israelites, they were almost certainly first transmitted orally – sung, actually – over six centuries prior to the Hellenistic era (ca. 313-31 BCE). However, not much can be said about the Psalms as musical compositions (nothing can be discerned about melody or orchestration), even though some Psalms are (incorrectly) designated “Psalms of David” (the King of Israel who had musical skills and lived around 1010 BCE). Scholars postulate that many Psalms were originally composed for liturgical performance in the Temple (Murphy, 626-29).

The Psalms, along with the rest of the Hebrew Scriptures, were translated into Greek in Alexandria, Egypt, in the third century BCE. This translation, known as the Septuagint, “was the primary form of the Bible for Hellenized Jewish communities and thus was that used by most early Christians” (Coogan, 687). That is, this Greek version of the Psalms and other sacred writings would have been used on a daily basis by Jesus and his Jewish followers.

It was St. Jerome who started around 384 CE to translate the Greek Bible into Latin, beginning with the Psalms. After several years of labor, however, he concluded that the Hebrew Bible should be translated directly from the Hebrew texts. Jerome’s collection of the Biblical  texts, along with translations of other books, into one volume probably occurred in the sixth century CE and is known as the Vulgate (from the Latin “vulgare,” “common version”) (“Vulgate,” 1451). In the 15th and 16th centuries, the Roman Catholic Church adopted a number of Vulgate versions of the Bible and used Latin in the liturgy. The so-called Clementine version of the Bible (1592) became the official authorized Latin version until the 20th century (“Vulgate,” 1452).

In the 16th century, the Protestant Reformation challenged the polity and practices of the Roman Catholic Church. In England and other countries, the Bible began to be translated into the common languages of the people. One of the earliest translators of biblical texts into English was William Tyndale, who made the translations directly from Greek and Hebrew. His efforts and some of his other theological writings led to his imprisonment, strangulation and being burned at the stake in 1536 (“Tyndale,” 1400).

In the Anglican tradition, the Psalms have been included in every prayer book between 1549 and 1938; the Psalms in these books were based on a translation of the Bible by Miles Coverdale, who translated the Psalms in 1535. Coverdale’s version of the Psalms was not based on the original Hebrew, but rather through both Greek and Latin translations. In order to be truer to the original meaning in such formats as the 1979 Book of Common Prayer (BCP) of the Episcopal Church, the language of the Psalms has been updated through scholarly examination of the Hebrew in the (Litton, vii).

An Overview of the Psalm Genres

An examination of the genres into which the Psalms fall is helpful because it shows the range of emotions, occasions and settings that they reflect – even centuries after they were first recited, performed and used liturgically. Scholars are not agreed on the genres or always on which Psalms fit into which genre, but we can outline some basics.

Hymns, generally speaking, are songs of praise that usually begin joyfully. The author summons oneself or the community to praise God. God is praised because he has done great things such as creating the world. Examples of hymns include Psalms 46, 48, 103 and 117 (Murphy, 627).

Thanksgiving Psalms, such as 18, 30, and 116, begin like a hymn or song of praise but then shift to giving thanks to God for deliverance from some kind of distress (Murphy, 627).

Laments. The most common type of lament Psalm is individualistic (approximately 40 Psalms); lament Psalms can also be collective. 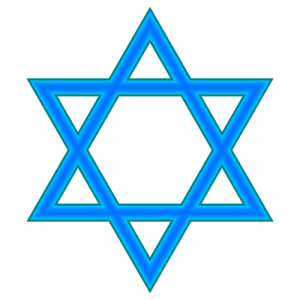 The lament Psalms begin with a cry for help to the Lord, followed by the specific distress in question: sin, illness, death, false accusation, persecution of an enemy. Interestingly, “In most cases one cannot pinpoint the precise reason for the complaint.” This feature makes lament Psalms particularly resonant with modern readers. Psalm 22, for instance, the first verse of which is familiar to Christians as Jesus’ agonized cry from the cross – “My God, my God, why hast Thou forsaken me?” – goes on to wail that others despise the psalmist, that wild animals are prepared to devour him, and that all of his bones are out of joint. While the threats to the ancient person are not the same as threats to us in our day, the modern reader can certainly relate to the stresses and challenges cited (Murphy, 627-28). (Importantly, Psalm 22, like other lament Psalms, ends with the comforting affirmation that God is in control.)

An example of a collective lament Psalm is 79, which reflects the reality of the destruction of Jerusalem (Murphy, 628).

Royal Psalms generally reflect the reality of the current rulership, not a condition in the future (e.g., predictive). Some royal Psalms were related to a coronation or anniversary, military operations, or a royal wedding. The Israelite monarchy had mostly disappeared by the time of these Psalms, but the concept appears to have been reinterpreted to apply to the hope of the promised Messiah (Murphy, 628).

Wisdom Psalms. This is probably the most vague of the classifications. Scholars assert that some Psalms – such as 1, 34, 73 – have been influenced by the wisdom literary tradition (Murphy, 628).

Liturgies. The word “liturgy,” from the Greek “leitourgia,” meaning a public work done for or on behalf of the people, could be said to characterize most of the Psalms. But several have more liturgically-specific attributes. Psalm 136 – which contains the phrase “for his lovingkindness is everlasting” in every verse – is in the form of a litany (Murphy, 628), where a cantor might recite the first half of the verse with the congregation repeating the “refrain” half.

The genres of the Psalms show their distinctive nature and why the psalter is one of the most treasured books of both Jews and Christians. “The familiarity and the frankness of the lament, the enthusiasm of the hymn, the confessional character of the thanksgiving – all these characteristics speak to the human heart before God” (Murphy 629).

The Liturgy, Chant Tones and Ways of Singing the Psalms

Psalms have been sung during the Eucharist service (Mass) in the Christian tradition since at least the 4th century (Litton, vii). They were then incorporated into the “daily offices” of the Anglican and Episcopal traditions – Morning Prayer, Noonday Prayer, Evening Prayer, and Compline – and the Liturgy of the Hours in the Roman Catholic tradition. In these contexts, the Psalms are sung, read or chanted individually or in churches, convents or monasteries in a prescribed liturgical cycle – several times a day, most days – which means that all 150 Psalms are encountered during that cycle (within weeks, months, or the entire year).

Because they have been so popular and foundational in Christian tradition, the Psalms have been adapted to music in many ways. In addition to Plainsong or Gregorian chant, which we will discuss in detail below, Psalms have been set in other ways:

In the Anglican and Episcopal contexts, the chant tones to which the Psalms are set – called Plainsong or Gregorian Chant – aid in the words’ ability to sink into one’s soul.

There are eight main Psalm tones plus the Tonus Peregrinus (meaning “wandering” or “traveling”). One of these, Tone 2, is recognizable from the nuns who sing at the start of the beloved movie, The Sound of Music. (The chant tones can be found through an online search using the key words “Gregorian chant tones.”)

To avoid monotony in church, convent or monastery settings, Psalms may be chanted in different ways (Litton, ix):

Monks and nuns frequently read or chant antiphonally with “a distinct pause at the asterisk,” which usually occurs in the middle of a Psalm. Thus, when chanting or reading a Psalm and pausing at the asterisk – slowly, quietly, contemplatively – one has a chance to meditate ever so slightly on that line before going on to the next. The meaning starts to sink into one’s soul. (People seeking this kind of liturgical experience can visit any number of convents and monasteries in the US and around the world for varying amounts of time and varying costs.)

It is often verses from the Psalms that are found (without attribution) in the various liturgies – Eucharist, the Daily Office services, the burial service and special services throughout the year.  In some services, entire Psalms are found explicitly; on Ash Wednesday, for instance, Psalm 51 (BCP, 266), a lament, is often chanted while ashes are placed by the priest on congregants’ foreheads. Four Psalms – 4, 31, 91 and 134 – are used in Compline (BCP, 128ff), although the officiant (who is often a layperson) has the option of omitting one or more.

Encountering the Psalms is a rich and multi-layered way into the Jewish roots of the Christian faith and a reminder of our solidarity with and indebtedness to our ancestors. Jesus and his Jewish contemporaries probably knew the Psalms by heart and took great comfort and strength from them. Psalm texts run the gamut from our deep despair and fear to the heights of joy and intimacy with the Divine. Reciting the Psalms on a regular basis – especially through chant – can greatly enrich our spiritual lives.