Baby-boomers are at or nearing retirement. It is becoming a sad fact that many of us will not be able to retire when we originally planned to, nor will we be able to retire comfortably, despite having worked for 40 or more years, saving as much as we could, following the rules, and trying not to over-indulge. Recent reports show that Americans are saving far less than we will need for a comfortable retirement. While the middle class among our parents’ generation has enjoyed, to some extent, comfortable retirements due to pensions, equity in their homes, Social Security benefits, and similar advantages, the same cannot be said for a large swath of our population today. At the current rate of retirement savings, the number of retirees who will be living solely on Social Security income will increase tremendously, and that will lead to more elders living in poverty, a trend which has already begun.

In contrast, the situation among many of our Western industrialized peer nations is quite different. Denmark, for instance, has virtually no poverty, nor does Finland. The poverty rate among the elderly in Canada is increasing, but Canada, along with the Netherlands, still rank among the world’s countries with the lowest poverty rates among the elderly (and in general).

Experts who give Americans advice about retirement are easy to find. Some recent articles include:

Inevitably, these experts put nearly the entire onus for retirement savings on individual Americans. The looming question, though – the elephant in the room – is, “How can average Americans possibly save significantly for retirement, on their own, when the basic costs of living in the US – food, gasoline, home heating fuel, housing, health care, college tuition, utilities – have been far outpacing our wages for decades?” Even Americans who have historically inhabited the middle class have felt the pinch more and more over the past 40 years (not just since the Great Recession). The dollar does not go nearly as far as it did in the 1970s. 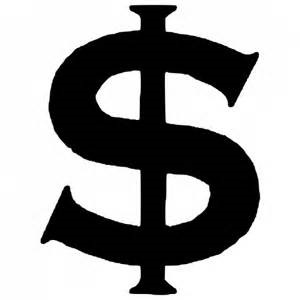 It seems to me that we need to look at retirement differently – from the perspective of the common good rather than from that of the individual American. What would it look like to put the onus for a comfortable retirement, for the vast majority of Americans, on our collective selves as opposed to our individual selves? In a democratic republic like ours, the health of our nation and its citizens is the responsibility of all of us, and most especially of our elected representatives and our local, state and national governments, and when this works optimally, the benefits also accrue to all of us, not just a few. Our collective health is also the responsibility of companies and other entities that utilize our collective resources – our natural resources, our public infrastructure, and our labor resources, that is, workers. Who among us, when we truly search our hearts, do not want our parents, our loved ones, our friends, our descendants and ourselves to enjoy a comfortable retirement after a lifetime of hard work?

If we as a nation agree to this goal, and if some of our most prosperous peer nations have figured out how to achieve it, does it not make sense to look to them for ideas, then use our creativity, ingenuity and abundant resources to adapt those ideas to our own situation?

I would thus challenge the experts who write and give advice about retirement in the US to investigate the issue from this angle – tell us what other countries are doing (and why) and how we might follow their lead. I would also challenge all of us as citizens, no matter what our age or income bracket, to think about retirement from the perspective of the common good: it is time to move away from the model of the individual bearing the impossible burden of providing for one’s own retirement. There are collective alternatives out there, including expanding Social Security, and other countries are taking steps such as reducing incentives for workers to take early retirement, encouraging later retirement and flexible retirement, and helping older workers find and keep jobs. Many US companies have moved away from providing pensions for their employees: it is time to reconsider that stance.

We as a nation can do better than we are doing. We can change our thinking and our policies to make a comfortable retirement possible for the vast majority of Americans.