In our previous blog, we discussed job security and the absence of national legislation in the US ensuring it. In Europe and many other nations, as we saw, there is national legislation. However, the US does not have nation-wide laws that mandate paid time off for workers – sick leave, vacation time and holidays, and parental leave.

We would do well to ask why. Why do so many workers around the world – productive, prosperous, intelligent – enjoy paid time off while we do not? Is it our fear of “socialism” or “social welfare state” that makes Americans nervous about the government getting involved in private enterprise? Is it our overly consumerist and consumption-oriented culture that dictates that laws governing employers should be kept to a minimum, to protect profits? Is it a combination of these factors, plus possibly others?

This historic reticence may be changing. According to the Washington Post earlier in 2015, “Large majorities of voters of all persuasions said they are in favor of paid sick days… and 73 percent say the government has a responsibility to ensure employers treat employees fairly by providing them with such policies. About 70 percent said that workplace laws and policies are out of synch with the changing realities of modern families, and with the changing roles of men and women at work and at home.” In the same poll, “81 percent [of likely 2016 votes] – 94 percent Democrats, 80 percent of Independents and 65 percent of Republicans – agree that workplace rules to ensure equal pay, paid time off to care for family members and affordable child care ‘is good for our nation.’”

Recent local and statewide initiatives propose mandating some amount of paid sick leave for workers (a Google search brings up a number of examples). A study from 2012 shows “73 percent of full-time private industry workers in the United States were provided with paid sick leave plans in 2009,” while others also offer paid vacation time. These statistics suggest that, since so many workers already enjoy paid time off, it is not necessary to legislate it. However, the benefits are very uneven. According to a US government survey, “lower wage workers are less likely to have any paid leave (69%) than higher-wage workers (88%); part-timers (36%) far less likely to have paid leave than full-timers (90%); and workers in small establishments (70%) are less likely to have paid leave than those in medium and large establishments (86%). Even when lower-wage, part-time, and small business employees in the United States do receive paid leave, they typically receive far fewer paid days off than higher-wage, fulltime, employees in larger establishments.”

There is thus a disconnect between what the majority of Americans want and agree is good for our country and the actions of those in power – some of our legislators and certain powerful corporate interests – and Americans who support them. Opposition to paid leave, or at least laws governing it, generally have to do with cost. That is, our culture tends to prioritize money over people, while European and other cultures put people first, and the money follows.

It is time to look at the facts, to use our intelligence and imagination to visualize the possibility of getting what we want, to stop succumbing to an amorphous fear of “socialism” and out-of-control consumerism that benefits only a tiny percentage of our population. The time is ripe to craft legislation that will benefit workers and families while not compromising companies’ bottom line. When done well, mandated paid leave is vastly more cost-effective overall than our “business as usual.” Time reports, for instance, that “there’s the growing body of research showing that time off can actually help workers get more done. A 2009 study in Harvard Business Review, for example, showed that requiring business consultants to take time off every week actually boosted their productivity.” Similarly, a study by Ernst & Young “showed that the longer the vacation their employees took, the better they performed.”

Let’s look comparatively, then, at the three main categories of paid time off in the workplace: sick, vacation and parental.

Without paid sick leave in the US, and with millions of workers needing to hold many jobs to barely make ends meet, workers who are ill come to work anyway, infecting their fellow workers and often making their own conditions worse. This leads to an overuse of emergency room visits and antibiotics. As we have known for many years, cold and flu occurrences cost US employers and taxpayers billions of dollars per year.

Vacations and holidays. EU law mandates at least four weeks of paid holidays every year. (Recall that there are currently 28 countries in the EU, with an estimated population of half a billion.) In Norway, which is not part of the EU, workers are awarded 25 working days holiday each year, and the situation is similar in Sweden, where the law guarantees 25 days of paid holiday per year plus 16 days of public holidays and 6 de facto holidays (usually an afternoon off).

In the US, among workers who get paid vacation time, a mind-boggling 40-51 percent do not take advantage of them. Many Americans effectively throw away their earned benefits, thereby negatively affecting their mental, physical and even spiritual health. In a recent thread on LinkedIn, some of the reasons given by US workers for not taking their earned vacation time include fear of losing their jobs, fear of looking like a “slacker,” feeling indispensable, and loving their jobs so much they do not want to leave them.

Parental leave. When it comes to paid parental leave mandated by law, other peaceful, highly prosperous nations also leave us in the dust. Throughout Europe, “New mothers mostly get between 14 and 22 weeks, and new fathers between two days (Greece) and three months (Italy), of paid leave. Many countries allow both parents to share as long as two (France) or even three years (Spain) of unpaid leave. Some are more generous: Germany allows new parents to take up to 14 months of parental leave on 65% of their salary; Luxembourg allows two six-month periods to be taken by either parent, paid at around €1,800 a month; the Czech Republic offers up to four years of parental leave, paid at between €600 and €400 a month, to ‘either or both’ parents – although only one of them receives the benefit.”

The US Family Medical Leave Act (FMLA) of 1993 comes closest to the offering of time off for new parents. However, FMLA mandates US employers to offer 12 weeks of unpaid family leave. Employers can generally afford this, while many critics argue that if they are forced to offer paid parental leave, their profits will suffer. While FMLA is viewed as many as a giant step forward, only “slightly more than half (54.9 percent) of U.S. workers (and 46.5 percent of private sector workers) also meet the FMLA’s length of service and hours related eligibility requirements.” Thus the FMLA falls short of offering much help to American families anyway.

At the voluntary level in the US, Netflix made headlines recently when it announced “an unlimited leave policy for new moms and dads that allows them to take off as much time as they want during the first year after a child’s birth or adoption.” Company leaders like Netflix’ are hailed as modern-day heroes, but the impact is minimal, applying only to employees of that one company, and a popular counterargument is that a big company like Netflix can afford to do this, while small businesses cannot.

How do Europeans do it?

Let us now get to the bottom line: how do European and other countries pull off this generous paid time off, and can we borrow any of their ideas to create a workable system here? As Hill points out in Europe’s Promise, there are some basic and important differences in the way the European economy and workplace function as compared to ours. Small and medium-sized businesses, which are more numerous in Europe than in the US, “have been able to keep pace with the profitability of large companies by being smart and efficient, light on their feet, and technologically advanced. They pool their resources and talents in larger networks . . . to gain the advantages of economies of scale without sacrificing the innovativeness and flexibility of smaller-scale operations.” (page 45) Furthermore, in Europe there exist highly successful “close government-industry partnerships and taxpayer-supported ‘national champions’ in key industrial sectors.” (page 46) Similarly, Europe finances massive infrastructure projects through “strategic use of public-private partnerships.” (page 49)

Several other significant European practices determine the nature of the workplace. A system of codetermination, which includes the use of supervisory boards and works councils, brings workers and managers together to negotiate almost every aspect of work – schedules, holidays, health and safety issues, pensions, wages, length of work week, new technology, etc. (Hill, pages 54-57). Decisions are not made top-down by owners and supervisors but rather in constant structured discussions and meetings between all players (including unions).

Therefore, the combination in Europe of smart ways to harness and distribute profits derived from a capitalist economy and the practice of codetermination in the workplace goes a long way toward making workers’ paid benefits a reality. Cost becomes less of an issue because it is intimately combined with practical, systemic practices that put the worker, families and the community first. With this combination it is easier to see how legislation might follow – most players have already agreed about the advantages of benefits and choose collectively not to leave them up to voluntary action or chance.

I am sure that there are downsides to the paid leave policies in other countries. No system is perfect. But Americans can be creative and innovative when necessary. If we truly want to be a “family friendly” culture, it behooves us to find ways to accomplish what Europeans and others have done for decades. As Hill points out it is the countries that have generous legally-mandated leave policies that are the most “family friendly,” not the US (page 92). 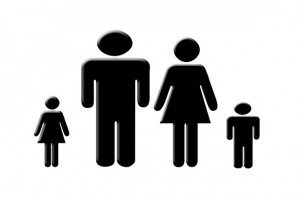 What if major company heads in the US met with local and national representatives and politicians to start discussions around workplace issues, including paid leave, with these European practices in mind? (If they have already been taking place, have they led to promising legislation in some jurisdictions?) What can we as private citizens – voters – and workers do to bring these European innovations to our representatives’ attention and encourage them to propose legislation that would benefit all of us? What more can union leaders do toward this goal if they too are informed by European ways?

Let’s get creative and move forward!