Being unemployed for long stretches of time, then being laid up at home following a knee replacement, I’ve been submerged in television. I keep up with the news daily, but there has also been a proliferation of cable stations specializing in familiar shows from days gone by. I’ve been entertained by MeTV (Memorable Entertainment), COZI, ESCAPE, and others. As a baby boomer, I am transported back 30-50 years watching dramas, comedies and documentaries featuring well-known actors and actresses, many long-dead. 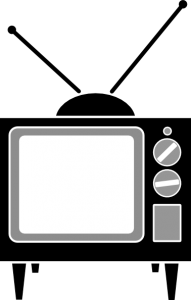 What I find fascinating, eye-opening and both hopeful and sobering are the many ways in which American life is reflected over time. Acknowledging that the fictional shows are primarily the products of Hollywood screen writers and producers, it is also important to note that we tuned in week after week to watch; at some level, these shows had meaning for us and, because they are still being shown, can teach us some interesting lessons about ourselves.

Perry Mason, starring Raymond Burr and Barbara Hale, is one of my favorite shows of all time (I’ve also read most of the original Erle Stanley Gardner books on which the show was based). Although many of the story lines seemed to follow the upper classes and featured a preponderance of white thespians, it also noteworthy that the show, which ran in the late 1950s into the 1960s, featured working women and even female judges. It makes one wonder why there was such a backlash two decades later against the feminist movement when we had to fight to “allow” women back into the work force and the professions.

A number of classic shows featured African American, Asian American and Hispanic actors (of course, generally in supporting roles, not leads, with some exceptions), on the cusp of the civil rights movement but still early in the struggle. We saw Ivan Dixon and Kenneth Washington in Hogan’s Heroes; Ron Pinkard as Dr. Mike Morton and Marco Lopez on Emergency!; Clarence Williams III on Mod Squad; Robert Ito on Quincy, M.E.; and Gail Fisher on Mannix. Jack Lord, star of Hawaii Five-O, was instrumental in hiring native Hawaiians for supporting roles on the show. Other examples can be noted.

For the actors, these roles no doubt had long-term effects on their lives, both positive and negative, but what is significant for the US is that these “black and brown” faces have been in front of us for decades. No doubt the dearth of actors of color over time is shameful, as has been pointed out frequently, but the smooth integration of these professionals into beloved TV shows puts into question why, in the 21st century, the US still finds itself sickeningly racist.

What might be even more dire, and instructive, are the plot lines that reflect how short a way we have come in all these years on a number of social issues. Here are a few for thought:

Quincy, M.E. is another interesting case in point when it comes to social issues. “As the series went from strength to strength the writers, probably with a little push from [series star Jack] Klugman, started bringing in stories about social injustice rather than criminal. Most of the time this worked, in fact it is sometimes interesting to see that some of the things highlighted still have not changed even now.” Among the controversial issues the show tackled were vigilante justice, the priority of drug companies to make money rather than conduct life-saving research, the negligence of authorities toward health problems on Indian reservations, affirmative action, elder abuse, and problems around pesticides and cosmetic surgery. For better or worse, the show did bring serious issues to the attention of American audiences through an entertainment medium.

There is much analysis that could be done (and has been done) about television, its impact on our society, its accomplishments and failings, its effect on children, and so on. What I modestly wish to do in this post is twofold: to make us aware of what Americans were viewing decades ago vis-à-vis social issues and how far we have come in dealing with those issues – or how far behind we may still be. The more we know about problems that persist many years later the more we can (should?) step up our individual and collective efforts to find workable solutions.