You may have seen some recent ads on TV with a focus on tax reform, jobs, and supporting the so-called American Health Care Act (AHCA) of the Republicans. These ads promote middle-class growth, support companies being “unfettered” from government regulation, and laud supposed “choice” and freedom when it comes to health care. These stated goals are seductive: they sound good superficially, but a close look at the groups behind the ads must give us pause; their proposals do not promote the common good but would instead be extremely damaging to the majority of Americans. 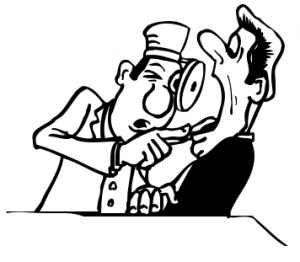 One sponsoring group behind an ad focusing on health care is the American Action Network. According to Corry Bliss, AAN Executive Director, during the ad’s rollout, “Conservatives in Congress made a promise to the American people that better health care was on the way, and they kept that promise by passing the AHCA.”

The AAN’s “About” page describes its ideology and goals: “The American Action Network is a 501(c)(4) ‘action tank’ that will create, encourage and promote center-right policies based on the principles of freedom, limited government, American exceptionalism, and strong national security. The American Action Network’s primary goal is to put our center-right ideas into action by engaging the hearts and minds of the American people and spurring them into active participation in our democracy.”

The statement continues, “America is a nation that has always favored individuals’ enterprises instead of government solutions. To remain a worldwide leader for ideas, investment and innovation, America must continue to offer the best combination of economic freedom and pro-growth, smart regulation. American Action Network will support policies that will make America safe and secure; where choices in education, health care and retirement abound; where taxes are fair and comprehensible; and where government is smaller and smarter with a focus on core functions.”

Who is not for improved health care, not to mention economic growth, safety, security, fair taxes, and active participation in our democracy? As is often case, the “devil is in the details.”

A further reason to be wary of American Action Network is that its name sounds very similar to an organization on the opposite end of the political spectrum. The National Action Network, which was founded in 1991 by the Rev. Al Sharpton, has as its mission “to promote a modern civil rights agenda that includes the fight for one standard of justice, decency and equal opportunities for all people regardless of race, religion, nationality or gender.” It is entirely possible that the founders of the AAN knew that some people who were not paying complete attention might confuse the organizations and donate to AAN without realizing it.

The Business Roundtable is another group currently running misleading ads. One spot promoting tax reform and job creation states erroneously that the US has the “highest taxes” in the world. While it is true that US corporate taxes are higher than those of other countries, our personal income taxes are significantly lower than others’ – and those nations, as we have pointed out in many previous posts, score much higher on almost all quality-of-life and happiness measures than the US does (health care, drug policy, retirement, paid leave, anti-bullying, job security, etc.). Their higher progressive taxes provide the revenue for the social safety net programs that enable these measures to be so high.

AAN is also airing ads that focus on tax reform. Unfortunately, “tax reform” by conservatives is code for the old, totally discredited theory of trickle-down economics – the lie that lowering taxes for the very wealthy is best for the overall economy and helps “float all boats” to create and support the middle class. Reforming taxes on behalf of the top one percent of our economy is grotesque – increasing our obscene income inequality, decimating the middle class, and making the poor even poorer.

It should go without staying that citizens on both the left and the right agree that the US tax code is much too complex, confusing and burdensome. But it is both seductive and unethical to promote tax reform by misleading us. These organizations’ advertisements feed into the erroneous American myth of evil socialism: we should not be looking to Europe or other supposedly “socialist” countries, according to the myth – socialism ostensibly leads to communism. The “sister” myth, of course, is American exceptionalism, included in AAN’s stated goals: we are special, superior and blessed, we successfully defeated communism, and we do not need advice from other nations. This attitude, ideology, mindset and belief system, however, runs completely counter to the actual evidence that we have been documenting: the great overall success of European and other advanced democracies that have “tamed” capitalism to produce the highest standard of living the world has ever known.

As American citizens, we must always be vigilant and discerning about what we hear and see on television and from other sources. We cannot be seduced by misleading and erroneous ads, and we must always promote “truth in advertising.”