As we head into a New Year, it might be nice to pause over a bit of good news recently announced by the Southern Poverty Law Center (SPLC). The SPLC, the Mississippi Department of Public Safety (DPS), and the Roderick and Solange MacArthur Justice Center worked together to significantly change procedures that affect more than 100,000 Mississippi citizens. Under the agreement reached, the State will no longer suspend licenses for failure to pay fines, the DPS will waive its $100 reinstatement fee, it will notify drivers that their licenses are no longer suspended, and – if their licenses have expired since they were suspended – will instruct motorists how to reinstate them. Additionally, DPS will no longer enforce a statute that authorizes license suspension for non-payment without first determining whether the person willfully failed to pay.

According to the SPLC’s announcement, “nearly 95 percent of residents of Mississippi travel to work by car. Low-income people with suspended licenses were often forced to choose between paying fines or using money for food, housing and health care – or to choose between driving with a suspended license and losing a job.” Under the old procedures, citizens were routinely punished primarily for being poor. 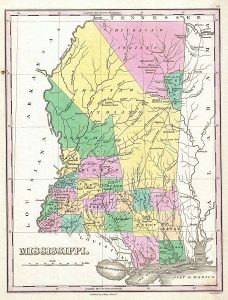 Mississippi has the highest percentage of impoverished citizens in the nation, at 22 percent. Prior to the agreement just reached, “DPS would automatically suspend a license, without asking people why they could not pay and without giving them extra time to pay or an alternative punishment like community service.” Thus “the new procedures could spare many people from further impoverishment.”

Needless to say, we should also be asking why, in the richest nation in the world, we still have states like Mississippi with such high rates of poverty and where access to adequate public transportation is so limited. But for the moment, let us just be grateful that a coalition of private and government entities has worked together to right a wrong affecting hundreds of Americans.