Over 70 bishops of the Episcopal Church have organized against the epidemic of gun violence in our country. Following the horrific mass shooting on Valentine’s Day in Parkland, Florida, the bishops issued yet another plea for action; the statement was distributed in our local parishes the following Sunday, February 18, 2018, the First Sunday in Lent. I reprint the statement in its entirety, and it can be found online here.

One more note: the activism of young people, many of whom were not even born at the time of the Columbine High School massacre on April 20, 1999, gives me some hope that, maybe, this time, Congress (or at least some state legislatures) will take positive action to reduce this disgraceful scourge of gun violence in our nation.

The heart of our nation has been broken yet again by another mass shooting at an American school.

We offer our deepest condolences to the families and loved ones of those who were murdered at Marjory Stoneman Douglas High School in Parkland, Florida. We mourn with particular sorrow Carmen Schentrup, a 16-year-old student at the school and leader in the youth group at St. Mary Magdalene Episcopal Church in Coral Springs, who died at the hands of the gunman. We pledge to work with the Episcopal Diocese of Southeast Florida to lend whatever material and spiritual comfort we can to all those who have suffered such a devastating loss.

The phrase “thoughts and prayers” has been devalued by politicians whose prayers seem never to move them to act against their self-interests or the interests of the National Rifle Association. Yet, as Christians, we believe deeply in the power of prayer to console, to sustain and to heal, but also to make evident the work that God is calling us to do. We pray that all who have been touched by this violent act receive God’s healing and solace.

In the wake of this massacre, we believe God is calling us to understand that we must not simply identify the social and political impediments to ending these lethal spasms of violence in our country. We must reflect on and acknowledge our own complicity in the unjust systems that facilitate so many deaths, and, in accordance with the keeping of a holy Lent, repent and make reparations.

Specifically, we ask you, members of our church and those who ally yourselves with us, to: 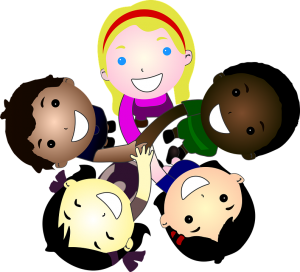 Two years after the shooting at Sandy Hook Elementary that took the life of Ben Wheeler, an active young member of Trinity Episcopal Church in Newtown, Connecticut, his father, David, asked parents to look at their children and then ask themselves, “Am I doing everything I can to keep them safe? Because the answer to that question, if we all answer honestly, clearly is no.” In memory of Carmen and Ben and all of God’s children lost to senseless gun violence, may God give us grace and fortitude in our witness so that we can, at last, answer yes.