The thoughts and prayers of Americans and citizens around the world are with the Ukrainian people in their time of crisis. With the news changing almost hourly, we cannot begin to chart in this space what is happening on the ground.

Instead, we will here try to offer some perspective on their very ancient and fascinating history and how war so tragically affects the world’s cultural heritage.

Dr. Marija Gimbutas (1921–1994) was a Lithuanian-born archaeologist and professor who “shaped much of the field of pre-Indo-European archaeology (7000–3000 BCE).” Author of 20 books and over 200 articles, Gimbutas led five archaeological excavations in southeastern Europe focusing on European prehistory and folklore. She was also known as an expert on the prehistoric incursions of Indo-European-speaking people into Europe. Using archaeological evidence, she postulated that the world was at peace during the Neolithic Age, “when goddesses were worshipped and societies were centered around women; this harmony was then shattered by patriarchal invaders and the subsequent worship of warlike gods.”

This thesis, highly controversial in traditional circles, was embraced not only by feminist scholars and people who honored the deity in female form but also the renowned mythology scholar Joseph Campbell.

In Civilization of the Goddess, Gimbutas explained how it was the Cucuteni culture that was the primary culture in this region in the Neolithic era (approximately 4800-3500 BCE). (Cucuteni is also known as the Tripolye culture, under various spellings, such as Trypillia.)  The Cucuteni-Tripolye culture spans areas that now include Moldova/Moldovia, Romania and Ukraine near and southwest of Kiev, and hundreds of sites in this and nearby regions have been excavated (Civilization, 12). Gimbutas noted that “Cucuteni is one of the best explored and richest cultures of Old Europe, a true civilization in the best meaning of the word” (Civilization, 101).

Archaeologists have uncovered evidence for dramatic population increase, with an average Early Cucuteni village comprising 20 dwellings and ballooning to 100 dwellings a few hundred years later. Some of the homes were two stories high and reached upwards of 30 meters in length (Civilization 106-07). The population may ultimately have exceeded one million.

This culture produced stunning ceramics, and some of the rooms contained large ovens that created them. Gimbutas surmises that rooms with pottery evidence reveal the activities of “the best artists in the community” as well as religious rituals. Decorations on the several types of vases – which were often painted with red, white and black or white on dark brown mineral-based paints – included S-spirals, chevrons, parallel lines, snake and other animal motifs, and images of various goddesses (Civilization, 109).

Gimbutas explains that Cucuteni figurine art is “highly schematized…distinguished by huge buttocks, slender trunk, incised lines showing the pubic triangle, with legs usually joined;” the style changed slightly as time went on. The major images on these figurines are those of the Bird and Snake goddesses and the Pregnant goddess. Images of Stiff Nudes with round masks have also been found; male figurines, quite rare, generally appear as seated and sorrowful, bearded or slender youthful. (Civilization, 111).

These hundreds of beautiful and unusual artifacts from what is now Ukraine, Moldova and Romania – along with other regions in what is now Central Europe – helped Gimbutas formulate her theories around the “language of the Old European Great Goddess.” Gimbutas determined that lines, designs and images on artifacts were not random or merely decorative but rather had deep spiritual significance. “The main theme of Goddess symbolism is the mystery of birth and death and the renewal of life, not only human but all life on earth and indeed in the whole cosmos.” This Goddess’ main functions were “Giver of Life, Wielder of Death, and … Regeneratrix” (Language, xix). The art that emerged from this culture was almost completely lacking in images of warfare and male domination. Gimbutas did not propose that for matriarchy – or rule of the Goddess – was replaced by patriarchy, but rather that this true civilization was largely egalitarian and matrilineal (kinship through the maternal line). This civilization, which lasted for centuries, came to an end with invaders from the East between approximately 4300 and 2800 BCE (as late as 1500 BCE in some areas). In Gimbutas’ words, “We are still living under the sway of that aggressive male invasion and only beginning to discover our long alienation from our authentic European Heritage – gylanic [from the Greek “gy,” woman, and “andros,” man], nonviolent, earth-centered culture” (Language, xx).

According to a 2021 BBC Travel article, it was the supposed classless nature of this civilization and its presumed absence of private ownership that so attracted the Communist regime of the Soviet Union, an attitude that led to early support of the excavations. However, when the large buildings were discovered, the Communist rulers believed that such structures could not possibly have been created by a classless society. “In the years that followed, researchers who challenged the official propaganda were deemed enemies of the state. Archaeologists fled, and some were convicted as members of a terrorist spy organisation.” 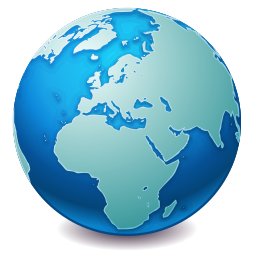 As an unthinkable war – begun by an isolated, power-hungry, probably paranoid and criminal Russian leader – rages on in the region, the world needs to take note not only of the direct human suffering but also of the other inevitable cost of war: the loss to the world of priceless and irreplaceable artifacts and cultural heritage.

Several international organizations have spoken out against this war in this context:

Tracing the ancient heritage of a country like Ukraine not only enriches our own understanding of Western civilization, it also connects us in a different way to citizens of a nation about which we might know very little. In the particular case of an Old European country like Ukraine we can also better appreciate a radically different but highly successful ancient culture – one that worshipped a female deity and honored women, human and animal life, and the earth.

It is highly doubtful that Vladimir Putin – a probable conscienceless psychopath who thinks of himself as God who is always in the right – will voluntarily bring a halt to this senseless, murderous war of aggression. But those of us on the side of Ukraine and the Ukrainian people can become aware of cultural heritage issues and discern how we might help them in this area as much as possible once the war ends. Let us hope that day will be very soon…

Gimbutas, Marija. The Language of the Goddess. San Francisco: Harper and Row, Publishers, 1989.