Resurrection: a good topic for the continuing Easter season in the Christian calendar. (Our Orthodox brothers and sisters will celebrate Easter on May 1st this year.) While Christians think we have a pretty good idea what we mean by resurrection, or at least the resurrection of Jesus, it is actually more complicated than it appears – but we might be able to make better sense of it by taking a look at the afterlife research. 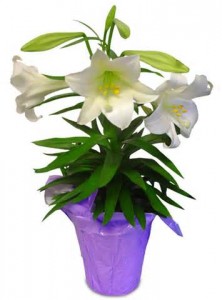 In the Christian tradition, the man Jesus of Nazareth died an excruciating death by crucifixion, a Roman form of capital punishment. His followers were devastated. Then, in one version of the Gospel narrative, some of them visited Jesus’ tomb, found the stone rolled away and Jesus’ body gone. Rather than grave robbery, the story developed over time that Jesus had defeated death and returned to earth. Other versions documented various appearances of Jesus as a “risen being.”

Historical and theological scholarship on this issue is vast, with theories ranging from literalism (Jesus really died, was buried, returned to earth in some recognizable form for a few weeks, then ascended in spirit to heaven) to an understanding that something remarkable (but ultimately explainable) happened to Jesus’ earliest followers but we will never know exactly what. Christians in some mainstream denominations often fall somewhere in the middle in what they believe. But even Christians, along with non-religious people, shake their heads at some aspects of Jesus’ resurrection and its meaning for humanity in the 21st century. A few examples can illustrate the difficulty:

In Christianity, the concept of the resurrection – both that of Jesus and of our bodies – is expected to be believed through faith. (For a short history of resurrection, in Hebrew Scripture and Greek thought, see Paranormal: A New Testament Scholar Looks at the Afterlife, pages 111-19.) Here we will focus on what the paranormal evidence tells us, since it provides our rational, scientific, Post-Enlightenment minds with possible alternatives.

As we have seen in previous blogs and as outlined in the paranormal literature, we find the following:

Significantly, two important paranormal sources – the Life Readings of famed seer Edgar Cayce and the revelations of the White Eagle teachings – maintain that Jesus’ resurrection was an actual event. (White Eagle Lodge was founded by Grace Cooke, the medium through whom Sir Arthur Conan Doyle spoke for two years after his death.)

According to many of Cayce’s Readings, Jesus’ early education had taken place in Egypt and India. This provided him with advanced wisdom and abilities, helping him hone physical, mental and spiritual skills that readied him for his ministry, his suffering and his death. According to the White Eagle teachings (as noted in Cooke, Book of the Beyond), “Jesus raised his body from the dead; his life had been such that the very atoms of his body were spiritualized. In that state of purification of the physical form he vanished, when the time came, from the sight of his disciples. . .” From the Cayce Readings as well we learn that Jesus was able to appear to the disciples, to be touched by them and to eat and drink with them after the crucifixion, due to “regeneration, re-creation of the atoms and cells of the body.”

Perhaps even more remarkably, these sources also maintain that atoms can be changed in this way “by all who have attained to the required degree of initiation into spiritual life” (White Eagle).

Other paranormal evidence – near-death experiences, electronic voice phenomena, and the work of accomplished mediums – echo these insights: the barrier between the physical world and the “other side” can indeed be breached. The particular ability to “defeat death” is found in remarkable stories from both East and West. People have been known to be buried alive, then adjust their breathing, pulse rates and other physiological functions and stay alive. There are examples of Indian yogis, for instance, existing “in a state of very deep and controlled meditation” for upwards of 30 years. In British Cameroon in 1932, an entire village, trying to avoid paying taxes, was found to be “asleep, with their vital functions suspended,” in eight feet of water.

It therefore does not seem to be entirely out of the question that Jesus himself had these abilities and escaped death, at least for awhile. It is important to note, however, that the paranormal version of Jesus’ resurrection is not the same as the faith beliefs of Christian Fundamentalists. Fundamentalists believe in Jesus’ resurrection as a mystery, an example of God’s will. As “saved” souls, they believe they alone share in Jesus’ resurrection and that people who do not believe are condemned to hell. The paranormal evidence, in contrast, shows the intimate links between the survival of all souls at death and our ultimate union with the Divine – regardless of theological beliefs.

As a New Testament scholar, I do not completely dismiss the vast body of scholarship that argues that Jesus’ resurrection was a remarkable event whose nature can never truly be known. A new religion – the branch of Judaism that became Christianity – could not have emerged and expanded without something remarkable having happened to a small group of peasants in the Holy Land. The portrait of Jesus as a wise and charismatic leader and prophet trained in Eastern ways, whose message and charisma put him in conflict with an oppressive Roman regime and led to his torture and death, makes immense sense to me. What makes further sense, though, is that he could defeat death for a time and appear on earth to his followers, a notion that is not broached, as far as I know, by any New Testament scholar.

What rings completely hollow in my own faith tradition, and especially the Fundamentalist and more traditional versions, is that Jesus died because we are such horrible people and need “redemption,” that the only people who can be redeemed are those who believe the “right” things, that those who do not “believe” will be forever estranged from God, and that physical death is only defeated in the vaguest, most unrealistic terms. The paranormal evidence presents insights that challenge Christianity, for sure, but that can also go a long way toward healing a hurting world.

Borg, Marcus J. Speaking Christian: Why Christian Words Have Lost Their Meaning and Power – And How They Can Be Restored. New York: HarperCollins Publishers, 2011.