If you haven’t yet heard about “Mayor Pete” – that is, Pete Buttigieg, Mayor of South Bend, Indiana – you will soon. Peter Paul Montgomery Buttigieg (pronounced buddha-judge or boot-edge-edge) is currently making a splash, not only on the national media circuit but also in fundraising as he considers a run for the Presidency on the Democratic ticket.

I am personally keeping my options open as the Democratic field expands, but I am not alone in being very impressed with this young, married gay man. Here are some of his bio facts (and you can find a great deal about him these days on the internet):

While these facts are incredibly impressive (not to mention his accomplishments as South Bend mayor), what is rocking the political world at the moment – and which is helping to raise $7 million in a short period of time – is his brilliance in answering the widest range of socio-political and economic questions. In many media interviews over the past few weeks, Buttigieg has proven himself to be clear, articulate, rational, and exceedingly knowledgeable.

So, in addition to all these points in his favor, this man with the hard-to-pronounce name comes across as calm, cool, collected, comfortable with himself, confident but not arrogant, stable, and courageous. If those traits are not sorely needed at 1600 Pennsylvania Avenue at this time in our collective history, I’m not sure what are… 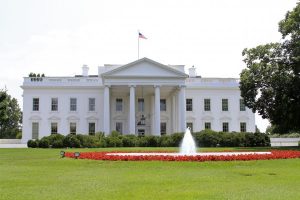