Resurrection: a good topic for the continuing Easter season in the Christian calendar. (Our Orthodox brothers and sisters will celebrate Easter on May 1st this year.) While Christians think we have a pretty good idea what we mean by resurrection, or at least the resurrection of Jesus, it is actually more complicated than it appears […]

The prehistoric goddess, the Orante, and the catacombs – now we can begin to reinterpret the pervasive religious symbol of the Orante in the context of nature symbols and the “mother earth” of the Roman catacombs. First, many, if not most, of the symbols used in catacomb art were not purely decorative. Much of it held […]

The Orante – who was she in the context of pagan, Jewish and early Christian art, and what was she doing in the catacombs? In our last post, we noted a number of religious symbols in the catacombs that indicated a reverence for the prehistoric nature goddess. One of the symbols is the Orante or […]

The ancient catacombs winding for miles beneath Rome, favorites of tourists from all over the world, provide a glimpse of religious life for several centuries of the early Christian era. In the next few posts, we will look at the catacombs from perspectives not usually considered – the symbols evocative of ancient goddess worship and […]

Sixteen years into the 21st century – despite the reality of women in the workplace, women in leadership positions in business and government, and the ordination of women in many Protestant denominations and in Judaism – we can still find preachers railing against the leadership of women in Christian organizations. (We will concentrate here on […]

Many years ago when I was in divinity school, my favorite professor, the late Dieter Georgi , spoke to us in his classes about utopia. He saw utopia everywhere in Scripture. Dieter as a 15-year-old German was drafted by Hitler’s Navy and survived the bombing of Dresden; he lived his whole life with a sense […]

Current research reveals that some early Christians revered God in female form. Let’s take a look at the evidence, which starts with an overview of the context out of which Christianity emerged. Christianity emerged in the Graeco-Roman era when people worshipped many gods and goddesses – Zeus, Athena, Dionysos, Apollo, the Great Mother, Sylvanus; this […]

The issue of gay, lesbian, bisexual, transgender and other alternative lifestyle rights has been prominent in the US and throughout the world for the past 30 or 40 years. The related issue of same-sex marriage has come even more to the fore in American culture since the Supreme Court ruled in late June 2015 that same-sex […] 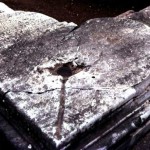 Philippi, in the north of Greece, was a significant city in the history of Christianity. St. Paul visited the city and wrote a letter to the community there, which is in the New Testament of the Bible. While Paul may be seen as someone who suppressed women, based upon other letters in the New Testament […]

In this blog, I will be referring frequently to the common good. While there are political, economic and philosophical ways of discussing this concept, I would like to keep it simple and straightforward. I will also be placing it in a theological context, since that is my training – and also since much of our […]