Every national election is important, but the 2022 midterm elections may be among the most consequential in our nation’s history. As President Joe Biden stated in a prime-time address on September 1, the “extreme ideology” of Donald Trump and his adherents “threatens the very foundation of our republic.”

Democrats in general often do not seem to be able to brag as successfully about their successes and what they offer the American public as the GOP is. However, since the disgraced, twice-impeached, psychopathic former President Donald Trump has effectively hijacked the Republican Party, this is certainly the time for Democrats and other like-minded voters and citizens to shout to the rooftops why Democrats should beat Republicans throughout the country this November. Let us count the ways.

Biden ran for President in part on the idea of bipartisanship; while this may seem naive in our current fractured environment, some very important laws have nevertheless been signed into law on his watch that have gained at least some support from GOP lawmakers. Similarly, some executive orders have enjoyed public support from across the political spectrum.

When we are confronted by the usual GOP objections to “radical left-wing” initiatives – “that’s too expensive,” “that will add to the national debt,” “it’s socialist,” etc.  – we must make the following points crystal clear:

The most recent major law that includes many advantages for Americans is the so-called Inflation Reduction Act. In addition, this summer has produced bipartisan legislative victories in the areas of gun violence and bolstering semiconductor production. We can also mention several earlier accomplishments about which Democrats and Biden can boast: job growth and the low unemployment rate; the American Rescue Plan Act; the Infrastructure Investment and Jobs Act; and the addition of at least 600,000 manufacturing jobs since Biden took office.

Traditional Republicans used to promote themselves as champions of business. Now, while they may still want wealthy individuals and corporations to retain their power, it is Democrats who have taken real steps to help American businesses and workers.

Traditional Republicans used to promote themselves as tough on our foreign enemies. Now it is Democrats who are strengthening our alliances across the world and standing up to our adversaries, in part by obtaining significant funding to support Ukraine after Vladimir Putin’s unspeakable invasion. And we must always remember that it was Trump who tried to force Ukrainian President Volodymyr Zelensky “into announcing an investigation of Trump’s political rival Joe Biden and Biden’s son Hunter for alleged wrongdoing in connection with a Ukrainian energy company. The scandal led the U.S. House of Representatives to impeach Trump in December 2019 on charges of abuse of power and obstruction of Congress.”

The right wing of American politics has long had its eyes on the Supreme Court as a significant ally in its attempts to outlaw abortion, weaken gun safety laws, suppress the rights of voters who challenge its power, promote a certain “brand” of Christianity as our dominant religion, scuttle affordable health care for most Americans, hinder the Biden-Harris Administration’s vaccination-or-testing requirement for the nation’s largest employers, and potentially overturn other decisions that Americans have come to take for granted and which many believe make us a better nation. Those on the left have been less concerned about the Supreme Court – and we are now facing the dire consequences of the right’s assertiveness and the left’s lower level of concern. 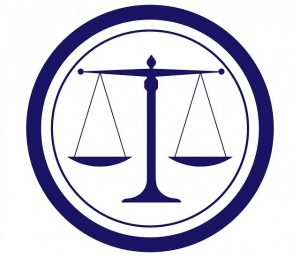 It was Trump who, with the help of the right-wing Federalist society and former Senate Majority Leader Mitch McConnell, was able to appoint three far-right Justices: Neil Gorsuch, Brett Kavanaugh and Amy Coney Barrett (at least two of whom, Gorsuch and Kavanaugh, may have lied under oath about where they stood on abortion and Roe v. Wade). The Court now skews decisively right, and we have witnessed their power. In addition to overturning Roe v. Wade on June 24, 2022, “The emboldened 6-3 conservative majority, with three nominees of President Donald Trump, wasted little time expanding the rights of gun owners to carry firearms in public, strengthening the role of religion in public life and sharply curtailing the Biden administration’s power to combat climate change.”

If Americans do not like this trend – and it is noteworthy that most of these recent decisions are unpopular with Americans according to many polls – we must elect Democrats, not Republicans.

The House Select Committee on the January 6 Attack, under the bipartisan leadership of Representatives Bennie Thompson (D-MS) and Liz Cheney (R-WY), has run an excellent, revealing and extremely important series of hearings.

The sworn testimonies (mainly of Republican witnesses) have laid bare the egregious (and probably illegal) actions of Trump, his allies, GOP legislators, and even his family members that not only promoted the Big Lie but also knowingly fomented the insurrection and deadly attack on our Capitol. These hearings are in stark contrast to almost all earlier House hearings that feature scandalous performances by elected officials that waste time and primarily serve to make Americans despair that those in power in DC can get anything done. If we want any chance of holding Trump and his minions accountable and pass legislation that will prevent future administrations from doing catastrophic damage to our nation, we MUST elect Democrats across the country in November.

As we have noted earlier, there are many tight Senate races in this election cycle. If Democrats win more Senate seats to gain a stronger majority, there is a much better chance that more progressive legislation could be signed into law.

On the other side of Capitol Hill, there is a real risk that the House of Representatives will return to GOP control – which would mean that Rep. Kevin McCarthy (R-CA) could well replace Nancy Pelosi (D-CA) as Speaker of the House. Voters must keep in mind the following about McCarthy:

A final reminder: McConnell is not optimistic about the MAGA/Trump-supported candidates who have won GOP primaries this season. If McConnell has doubts about GOP success in November, Democrats should not only take heart but also make every effort to ensure that their candidates win.

The bottom line is that Biden and other Democrats have been delivering for Americans and for the democratic ideal and stability around the world. Democrats and others who consistently opposed Trump were right all along about him; one can argue that voters should have listened to that opposition in 2016 in 2020 and should listen now.

The evidence should be clear and overwhelming: if we want to preserve our beloved democratic republic and continue making significant progress, we MUST elect Democrats and similar candidates with so-called “left-leaning” stances. Informing our decisions at the polls must be practicality, reason, common sense, enlightened self-interest, and national success – not blind ideology. Perhaps in the not-too-distant past, the Republican Party was worth supporting for certain ideological reasons, but it has veered dangerously authoritarian since the advent of Trump. As it is currently constituted, the Grand Old Party and its candidates cannot be trusted to have our interests at heart and MUST be defeated in local, state and federal races this November.